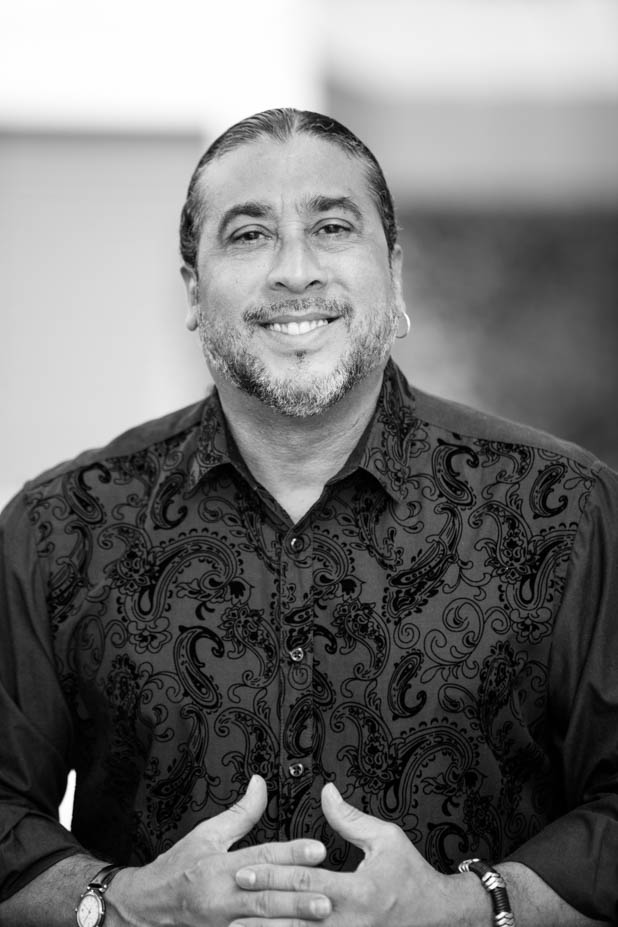 Born in Havana, Cuba, Conrado “Coky” Garcia is an accomplished drummer & percussionist with an extensive career spanning over 30 years of performing and recording around the world with countless international artists. Mr. Garcia joined the Encore family in 2019 as a percussion teacher.

Mr. Coky obtained his Professional Degree of Music from Amadeo Roldan Conservatory in 1982 in Percussion. From 1982-1987, Mr. Garcia earned his Bachelor of Music in the Superior Arts Institute of Havana, Cuba.

Mr. Coky began his professional career in 1982 when he played with Bobby Carcasses’ group along other talented young Cuban musicians such as Gonzalo Rubalcaba, Oriente Lopez, and Orlando Sánchez. In 1985, he performed at the Jazz Plaza Festival of Havana with Jorge Varona’s Band, and continued to work with relevant bands and soloists such as Jose Luis Cortez’s “NG the Band,” “Siglo 1 & 2” (1986,) “Opus 13” band (1990,) and Emiliano Salvador (1992.) From 1997-2000, Mr. Coky toured with the Philharmonic Orchestra of Acapulco in Mexico, Panamá, Dominican Republic, Venezuela, and France. He also performed at the Acapulco Jazz Festival with Osmany Paredes and Menduvia Jazz Quartet alongside Amaury Gutierrez under Universal Music.

Mr. Coky has been teaching Afro-Cuban Percussion, including drums, congas, and timbales for more than 30 years, both privately and at music schools in Cuba, Mexico, and the US.