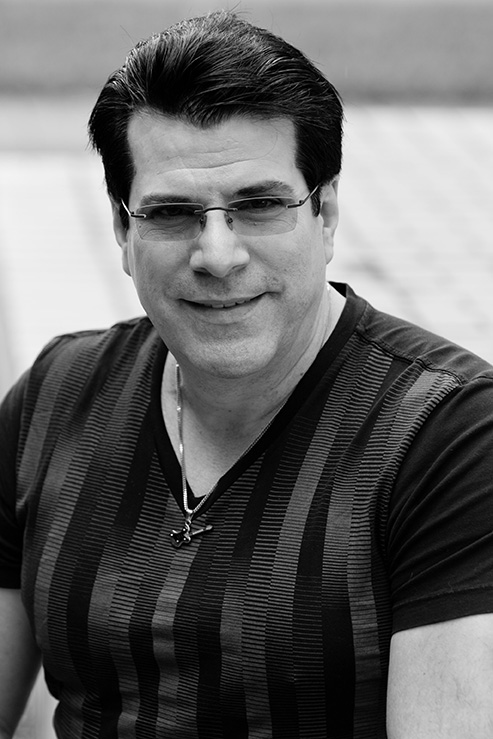 Mr. Navarro teaches guitar at “Encore Academy of the Arts” and “Encore Music Academy” since 2011, when he joined the Encore faculty one year after the opening of the latter. Mr. Navarro’s commitment to teaching and his passion for music is better denoted by his students’ loyalty to his unique approach to music and teaching.

A self-taught musician, Mr. Navarro has developed over the years his own system and technique of guitar playing, teaching, and composing, which he defines as “unique in the world, and a total innovation in the sense of conceptual sonority, as it aims to emulate the rhythms of Afro-Cuban ceremonial drum patterns on the guitar by simultaneously combining left-handed muffled harmonics with open notes.”

With 22 albums of his own music recorded to date, and a number of collaborations with other artists as a session musician, Mr. Navarro has won several music awards, such as “Best Album” for his CD “Mano Con Fusa” in the category of Instrumental Music at the CUBA DISCO (2003,) a Grammy Award in 2003 as a special guest in Nelly Furtado’s album “Loose,” as well as “Best Artist” in the “Musical Revelation Awards” in Northern Italy in 2001. Mr. Navarro has also composed music for television, film, radio, and documentaries, winning in 2001 the “First Prize” for the soundtrack of the documentary “Deforestation” at the Cannes and Chile film festivals.

Mr. Navarro complemented his self-taught musical training with prestigious scholars such as Leo Brouwer and Eliseo Alemán. But he had previously earned a degree in Civil Engineering from the “Instituto Superior Politécnico J. A. Echeverría” of Havana, Cuba (1987.) He also graduated in 1999 in “Art Design” from the “Scuola Politecnica di Design” in Parma, Italy, and later, in 2009 he completed a course in Sound Engineering & Audio Recording at the “Full Sail University” in Orlando, Florida.

Jose Angel was my real motivation to study the guitar in serious way. He is an example of virtuous guitarist who is able to play Jazz, Flamenco, Classical, New Age, Fusion and his own style playing afrocuban music. I am grateful to life for giving me the opportunity to have known him... Thanks Angel